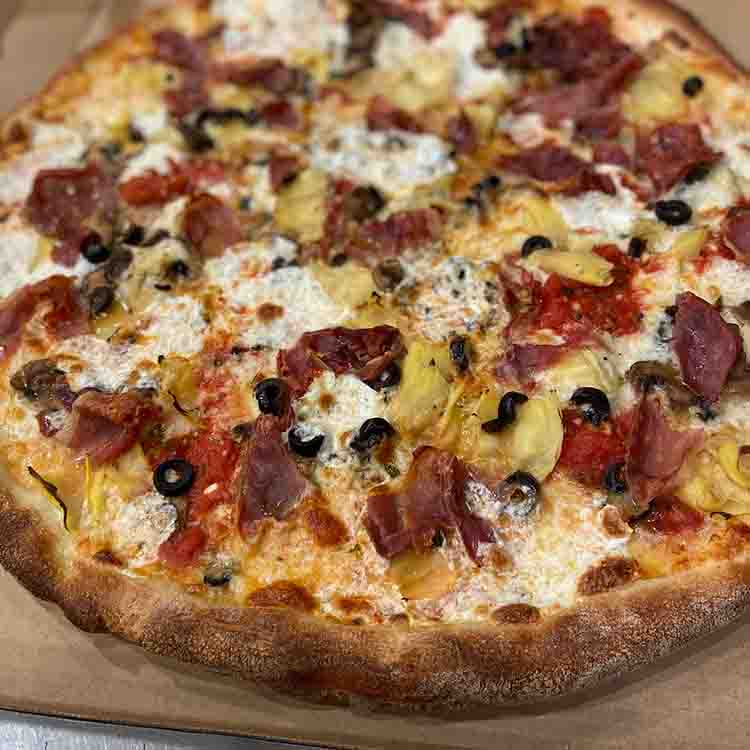 Best Neapolitan pizza in Las Vegas is a designation we share proudly. All the support from locals made this possible. While we have the best local Neapolitan, let’s explore the genesis of the pizza itself.

Invented in Naples, Italy, the Neapolitan pizza is a legend. Before the seventeen hundreds, flat breads weren’t topped with tomatoes and at the time didn’t resemble what we identify as pizza. While tomatoes were brought to Europe in the 16th Century, they were believed to be poisonous until the late 18th Century. It was then that the traditional flatbread was topped with tomatoes and became extremely popular. In a Naples pizzeria, baker Raffaele Esposito is credited with creating what we call the Margherita pizza. Made with tomatoes, mozzarella, and basil leaves, this is actually now known as the classic Neapolitan pizza!

Neapolitan pizza made with simple, fresh ingredients, including basic dough, raw tomatoes, mozzarella cheese, basil, and olive oil. Another defining characteristic is that the pizza typically has more sauce than cheese, which makes it difficult to serve by the slice. Instead, Neapolitan pizzas are often smaller and closer to a personal-sized pizza. Each pizza is cooked at 800 to 900 degrees Fahrenheit for under 90 seconds to achieving greatness.

Made fresh daily, our dough along with our proprietary tomato sauce make the Neapolitan pizza. We use Grande cheese and top it with basil upon request. It’s a simple pizza that delights the senses. This classic pizza is one of the best sellers with no other toppings but cheese. The sales of this classic is a statement because of its simplicity. Guests get the flavor they need in one simple pie that has stood the test of time. Try one Best Neapolitan pizza in Las Vegas today and order here.